With over 100 years of history, the Isle of Man TT is a treasure trove when it comes to interesting facts. This is so true that to many TT first timers and even some regulars, navigating the lore of the event can be a bit overwhelming. So to help broaden your TT knowledge we’ve put together a list of our favourite facts about the event.

With its long history there have been many records set at the Isle of Man TT by a multitude of motorsport icons. Out of all of these records here are our top three. 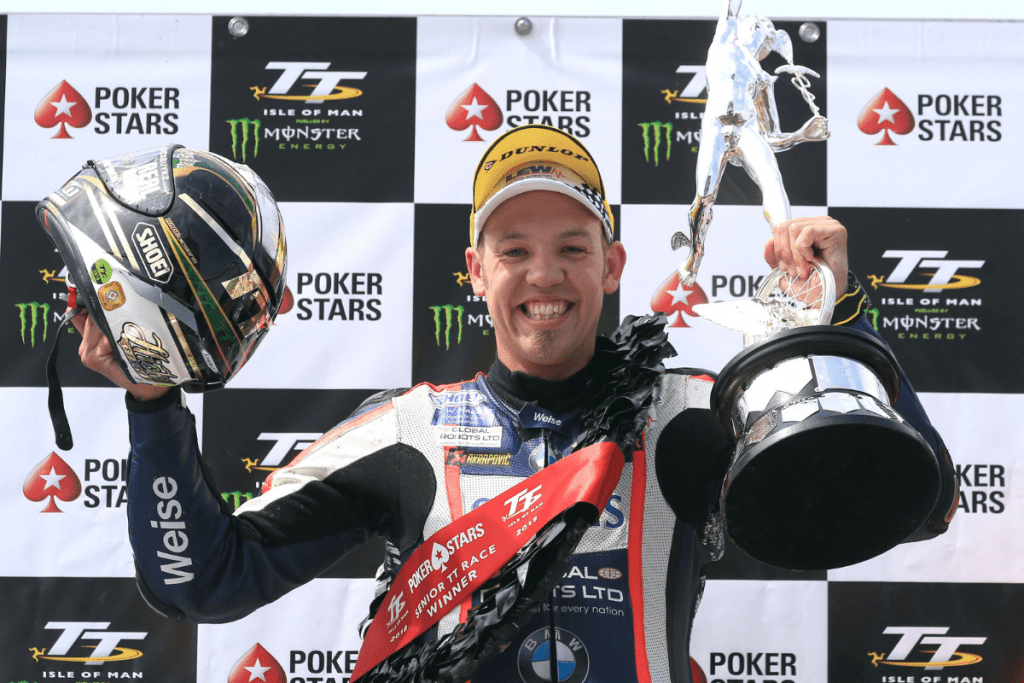 What every TT competitor dreams of lifting, the prestigious TT trophies are amongst the most admired and respected awards within the world of motorsport.

The Senior TT Trophy has remained the same since the first race in 1907. It is one of the oldest continuously used trophies in international motorsport and is insured for £1.5m ($2m).

The trophies all feature a sculpture of the winged god Mercury, based on an original by Giambologna (1529-1608) now housed in the Bargello Museum, Florence.

The Senior TT Trophy almost became a victim of the Second World War as it ended up in a BMW dealership in, then Soviet-controlled, Vienna as a result of having been won by BMW’s Georg Meier who won the last race run before the war. Careful negotiation resulted in the trophy being returned to the Isle of Man in time to be presented to Harold Daniell, the winner of the first Senior run after the War.

There have been a number of courses used during the life of the TT with the current course being the TT Mountain Course. Here are some facts about the roads that the racers have ridden.

The first TT for motorcycles was in 1907. It was run over a 15-mile course (now called the St John’s Short Course) on dirt roads and the winner was decided on fuel consumption and speed. Some of the bikes still had pedal-assistance, most were belt driven and riders had to carry spare inner-tubes and full toolkits.

The current TT Mountain Course has been used since 1911 (with some modifications) and measures 37.7 miles (60.6km).

The highest point on the course is Hailwood Heights which is 1385 ft (422m) above sea level.

The fans are the lifeblood of the TT and without them, the event wouldn’t take place. With so many fans visiting from overseas, the facts around travel are always going to be astonishing.

When ferries could pack in over 2,000 passengers (pre-1980) and the Isle of Man had a lot more tourist accommodation, often over 60,000 would visit for the TT races.

The total expenditure of TT visitors in 2019 was estimated at £37.5m making it by far the most important contributor to the Island’s tourist economy. Other estimates place the contribution to GDP nearer £50m.

With the above facts added to your arsenal, you’re sure to fit right in with the road racing fanatics watching trackside during your next trip to the Isle of Man TT. If you have yet to book your trip to this year’s event, head over to our TT page to find the perfect package for you.